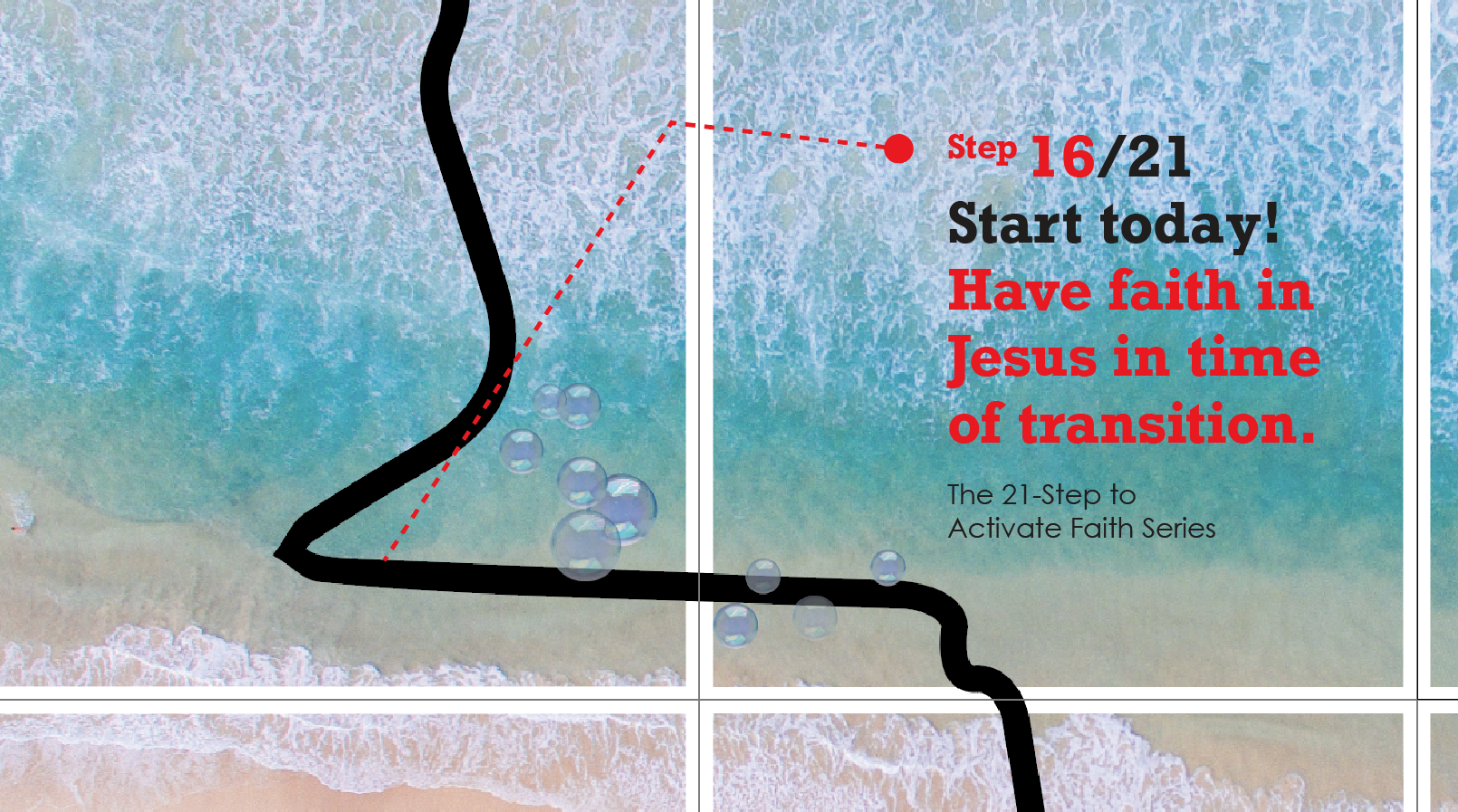 In the previous post, Step 15/21 of the faith series, I shared about my first attempt migrating to Melbourne, Australia, in 2008. The entire plan fell apart, but the Lord was merciful towards my family and I. At the end of 2008 when I obeyed the Lord and moved my family back to Malaysia, the Spirit of God spoke to me about the coming transition, which is going to happen seven years later.

I recognised the Lord's voice, and I began to pray and to prepare myself towards it. I have not a single clue how to approach this matter. I have nobody who is in a strategic position to help fulfil this plan. All I had was God and the faith He placed on my heart.

All I had was God and the faith He placed on my heart.

During the seven years, we continued to serve the Lord and the local church. We lived life to the fullest. Seven years passed very quickly. On March 2015, we as a family went to Melbourne to celebrate Debbie's birthday, also to spend family time catching up with her sister and family. My children missed their cousins, and we decided to go on a month-long holiday.

An unusual thing happened the night before we left Malaysia. We received an email informing us that the airline had cancelled our return flight from Melbourne to Malaysia. Instead, they offered us an open ticket for us to select another date to return. We decided to extend our stay and to enjoy a much-needed break.

Little did we know that this was all in God's divine plan. The first Sunday, we decided to visit our friend's church. He was pastoring that church, and we wanted to surprise him. To cut a long story short, he was not only surprised when he saw us, but he was instrumental in sponsoring us over on a religious visa. Usually, religious sponsorship would take two years before we could apply for a Permanent Resident visa, but God's timing is perfect! Our migration lawyer told us that the Religious Sponsorship visa is now a direct entry as a Permanent Resident visa. We had to hurry as the application closes by the end of June. We managed to lodge our visa application before the due date, and by the time we left Melbourne, we were on a Bridging visa. How amazing is our God! We had five weeks to pack, to sort things out, to bid farewell to friends and family and return to Melbourne as new migrants. We arrived on August 5th, and we received our Permanent Resident visa in November that same year. It was a sudden transition.

As I ponder on the entire experience, I was in the completion of a seven-year cycle. The Lord graced us with a high level of faith in Him, to be in partnership with Him and those involved in the immigration process. Faith moves mountains, and in my story, faith in Jesus moved our family from one country to another.

If you think you are in a season of transition, but you are struggling in a certain way, I want to encourage you to place your faith in Jesus and trust Him 100%. He knows the best way of transition for you.